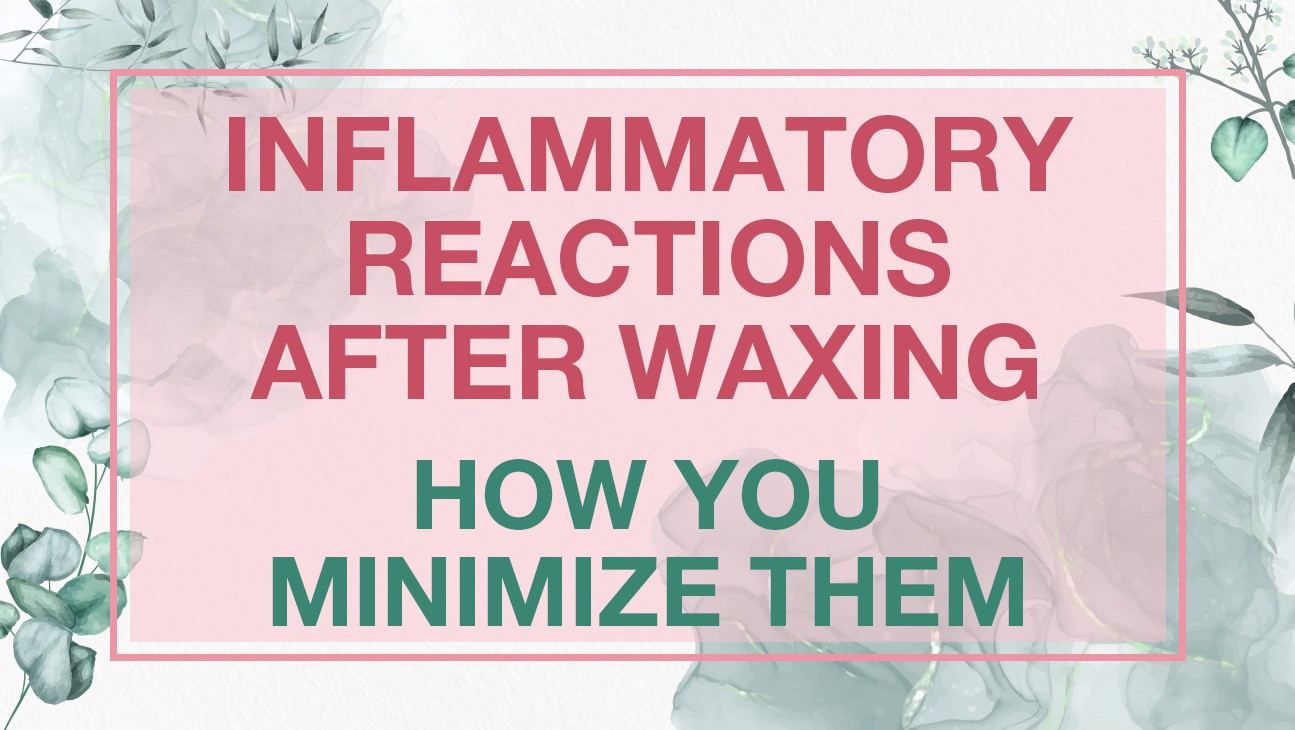 Inflammatory reactions after waxing and how you minimize them

Several inflammatory problems may develop after waxing and in this article, we are treating the most important ones, the Rosin allergy and the Histamine reaction.

Rosin, also known as colophony, is a substance that comes from pine trees. Its ability to melt when heated and solidify when cooled allow it to be used as a base ingredient for hard wax.

Allergic contact dermatitis tends to occur 1-2 days after contact with rosin, although reactions may appear a few hours after the contact with rosin or even more than a week after exposure. Dermatitis is located at the site of contact with rosin (e.g. after hands and legs were waxed, although the face may also be involved). Usually, the skin becomes red, inflamed, and itchy to different degrees. In some rare cases, it may blister and become even itchier. Sweating was also reported.

How to mitigate rosin allergy risk

Avoidance is the best method to mitigate possible customer reactions to rosin. A standard interview of the customer before services should determine if the customer is allergic to rosin based on past waxing experiences or medical records. If a customer is new to waxing we recommend testing the wax on a limited area and asking the customer to return after a few days or use a rosin-free wax for the first session. For customers with allergic reactions to rosin, only rosin-free (synthetic) wax should be used.

If a customer has an allergic reaction to rosin in most cases mild and it will heal on its own. If the itch and redness are more severe, topical corticosteroids are used.

Histamine a compound that is released by cells in response to injury and in allergic and inflammatory reactions allowing it to heal after injury. When the body is injured from trauma or infection, histamines are produced which boost blood flow in the affected area as an inflammatory response so the body can repair it.

Waxing may create some type of trauma to the skin, therefore, the body responds to this trauma by releasing histamines

The after-waxing histamine symptoms usually consist of red, itchy bumps, pustules, and in some cases, hives. Unlike Rosin's allergic reaction, the symptoms of histamine reaction appear immediately. This reaction is quite normal, the body perceives hair removal as a threat and the immune system responds by sending histamine to fight the threat.

It is very important to mention, in most cases, the body is reacting to the hair being pulled out, not to the adhesion of the wax on the skin. The skin surface is more stressed by soft waxes and from deficient wax techniques. New-generation hard waxes have minimum adhesion to the skin so the skin is not stressed on the surface. How much histamine a person will produce and how much their skin will react varies.

How to react and mitigate histamine reaction

If a customer experience a histamine reaction apply a cool compress, and an after-wax cooling product to minimize irritation. Let your client know that this is normal, and this reaction may last a few minutes, a few hours, or even 1-2 days.

Preventative measures should always be addressed, as the histamine response can affect your wax business.

In your intake form, make sure to include questions about medications, products used, or prior cosmetic treatments. Clients should avoid: hot tubs, alpha hydroxy acids, micro-dermabrasion, exfoliation, caffeine, alcohol, tanning, glycolic peels, and hot showers or baths 24 hours before waxing. The hair length should be at least one-eighth of an inch. It is recommended to avoid caffeine on the waxing day. Waxing during the menstrual cycle also is not recommended. The use of antacids before waxing is reported to reduce the histamine reaction. Also, some recommend antihistamines such as Benadryl to be taken before waxing.

Another novel way to reduce the histamine incidence and severity is the use of a hair-minimizing cream between waxing sessions. This type of cream will reduce the growth speed and the hair thickness from the root, therefore the trauma of extracting these hairs, will be reduced resulting in less inflammation.

Recommended products described in this article:

- Cooling Gel Post Waxing for Reducing the Discomfort of Inflammation: Spa Choice After Waxing Gel With Aloe and Menthol