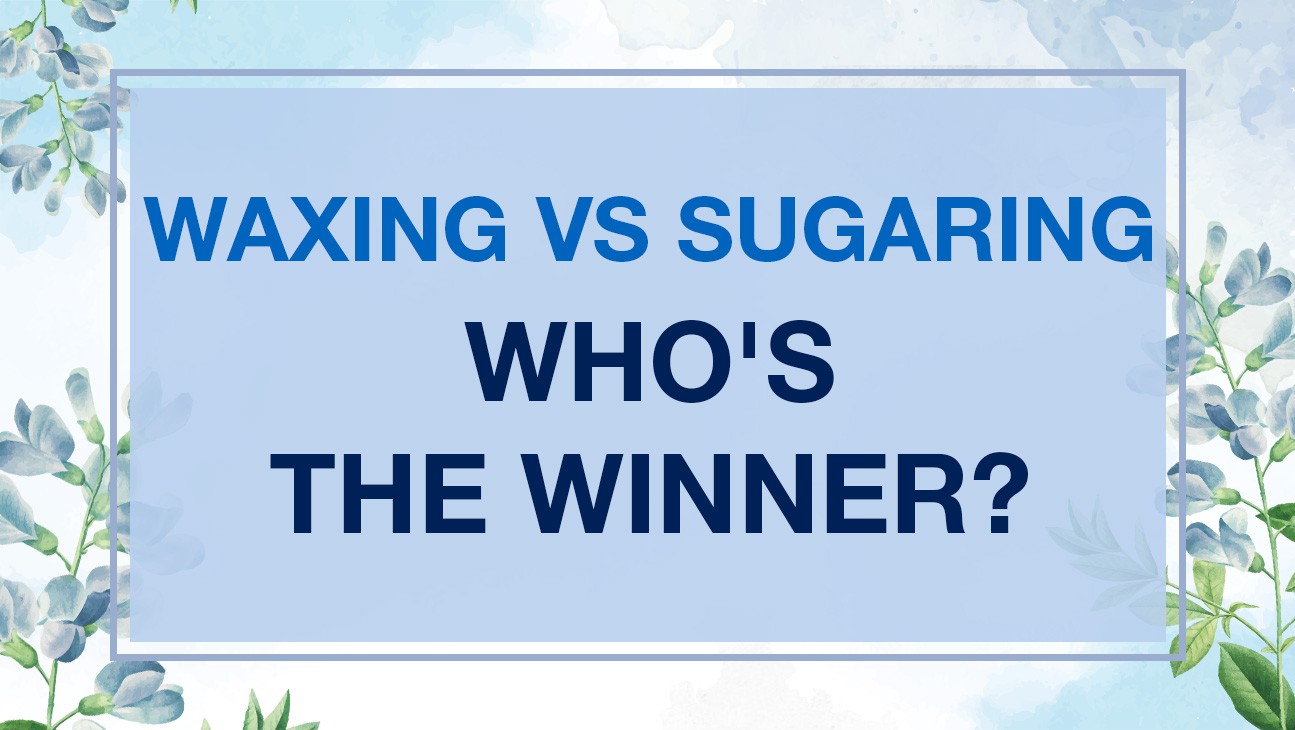 Waxing versus sugaring. Who's the winner?

Waxing is preferred by most beauticians. But lately the sugaring is in fashion. Why? Does it worth switch from waxing to sugaring? Should you try sugaring instead of waxing?

Many specialists actively suggest that customers switch from wax to sugar, because, in their opinion, after sugaring the skin remains cleaner. What is the truth we will find out after a more in-depth analysis of both. Both sugaring and waxing are methods of temporary hair removal. Wax and sugar hair removal are very similar procedures. Most often, beauticians use both materials and can combine them in a single procedure at the request of the client (for example, waxing is used in the foot area, and in the intimate area - with sugar).

1. RESULTS - The result of epilation (sugaring or waxing) is maintained for up to six weeks for. (DRAW)

2. HAIR LENGTH - Before the procedure, the hairs should reach a length of ¼- ½ inch. You need to wait for the hair to be the right length to be pulled out of the wax layer. (DRAW)

3. SKIN RESULTS - After both procedures, the skin becomes smooth and velvety, as both wax and sugar remove the upper layer of skin cells. (DRAW)

4. NUMBER OF APPLICATIONS - After both procedures, complications can occur - redness, edema, hematomas, burning sensation and pain. These are symptoms of traumatized skin. The skin is damaged when the beautician applies the material several times on the same area - this removes not only the hairs, but also the surface layer of the skin. It is not the fault of the material used, but of the beautician. Although sugaring is generally applied more times on the skin while wax is rarely required to be applied 2 times. The new generation synthetic hard waxes such as Waxness Lavender face does not adhere in the skin but they are tough on hair, rarely 2 times application is required thus it cannot inflict any damage. (Advantage Waxing)

5. SENSITIVITY AFTER SERVICE: 48 hours after any of these procedures, the skin is sensitive and needs special care after both procedures. Special pre and post lotions should be used and salt water, cosmetics, sunlight, perspiration should be avoided. (DRAW)

6. HAIR LENGTH - Sugar epilation is more effective for short hair and those grown under the skin. Sugar and lemon paste does not break the hair, and after a while it is observed that the hairs grow healthily and the folliculitis is reduced. (Advantage Sugaring)

8. DAMAGE ON THE SKIN - Sugaring it said is less harmful for people who have sensitive skin, problems with peripheral circulation and many broken capillaries. Also the common opinion is the sugar paste has unique qualities that help you solve the most common and stinging problems caused by disposable wax epilation. These may be true when referring to soft wax strip waxing. This is not applying to the new generation of hard synthetic waxes that does not adhere to the skin such as Waxness Charcoal. Also waxing rarely requires 2 applications make it less likely to cause damage. (DRAW)

9. PAIN - Both procedures are painful and the sensations are subjective. Some tolerate sugaring worse (especially when the paste is applied), and for others it is unbearably painful to remove the wax strip. (DRAW)

10. TEMPERATURE - The sugar is applied at room temperature and then heated to body temperature. The wax is hot and increases the risk of skin sensitivity due to the chemicals present in the wax or burning the skin. Sugar and lemon paste should not be used hot, but lukewarm and thus reduce the irritation that usually occurs after a "hot" hair removal session. The new generations of polymeric hard wax eliminate the possibility of burning, therefore sugaring has no advantage here. (DRAW)

11. TIMING - Waxing is easy to learn and the hair disappears from the skin with the strips or without strips. It rarely takes a second application, which makes it very fast. Sugaring is slower, harder to learn and takes more time making it less profitable. (Advantage Waxing)

12. EFFECTIVENESS: Thus, the effectiveness of the procedure depends more on the skill of the beautician. If it catches the hair correctly and does not break it during removal, then the procedure will be effective with both sugar and wax. The waxing is faster and more accurate although. (Advantage Waxing)

13. ACCURACY - Waxing is more accurate and faster then sugaring. Adding that is easier to learn this creates a great advantage. (Advantage Waxing) Let's not forget the personal predisposition: subjective sensations, skin sensitivity, allergic reactions and other factors that determine the feeling of satisfaction after the procedure.

Therefore, in our opinion waxing is the winner but, to make the best choice, it would be good to try both procedures. Remember that the right method for you will not necessarily be right for your friend.